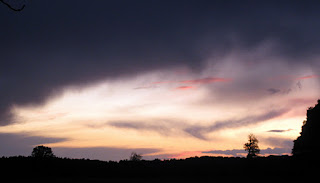 Felt like shit all day with a heavy head and so many new noises in my wonky ear and sinusitis all over with the usual headache/pins and needles feeling inside my forehead but I cycled all the way up the hill to see Dr F who was a bit shocked when she heard about the liver values but let's not jump to conclusions and do another lab test on Thursday. At work I went on autopilot and got through it and surely all will be so much better and the sinuses will clear because it's not autoimmune but only a nasty little virus with the chills and so on.
And on Sunday I want to sit in the car next to R and drive to France and someone will email the lab results to me.
Because this is nothing, really.
2 comments:
Labels: autoimmune vasculitis, health

where is the deputy

The immune system is not something that sits at a specific place in the body; I cannot point to it or put my hand on it like I would on a sore tummy.
In a generally healthy body, not one like mine, the immune system is a well organised team of different cell types employed to destroy viruses and bacteria which try to attack the body from outside.

Imagine your body as a quiet little town of friendly neighbours where everybody knows each other. Obviously, sometimes it can get a bit noisy and restless when the virus gang or the bacteria boys come into town. That’s when the sheriff, the big helper cell, rings the alarm bells to call the posse. And everybody knows what to do: the phagocytes shoot without asking and clear away the dead bodies. They quickly put up wanted posters to warn the whole town about the attackers, while the good citizens start repairing the damage. The sheriff instructs his courageous team of killer cells to search all over town for any intruders trying to hide.  Another group of the sheriff’s team, the plasma cells are also active right from the start, firing off a canon of powerful antibodies. So that the next time the gang comes into town, they get marked right away and are easy to eliminate. But sometimes the cowboys in the posse are a bit unruly and things get out of hand. That’s when the deputy steps in, the regulator cell. He calms everybody down. Usually, that is.

But there are also bad days, when the cowboys and the sheriff had too much to drink and start to run riot in town. And sometimes even the best deputy has enough of it and slinks away while all hell breaks loose.

My liver has started to complain, the lab work points to some unruly behaviour. The sheriff must be drunk again.
1 comment:
Labels: autoimmune vasculitis, health

We have the same job that we have always had, to say as thinking people and as humans that there are no final solutions, there is no absolute truth, there is no supreme leader, there is no totalitarian solution that says if you will just give up your freedom of inquiry, if you will simply abandon your critical faculties, a world of idiotic bliss will be yours.
Christopher Hitchens

and the day was dragging on

I think I slightly messed up one of the bright young things today. He is so very keen sure of himself and already sees the shiny future of international conferences and prizes for his eventually outstanding research. If only.

So there I had edited out all his "cirrhotics" and replaced it with "patients suffering from cirrhosis" and - to be generous - the odd "cirrhosis patient" and now he was all huffed because this messed up his word count. Oh dear. And my little lecture that medical expertise must always be about treating patients and not about treating diseases went in one ear and out the other. I offered to set his word count right again with a few changes elsewhere but he went off in a huff.

And so the day dragged on and my phantom teeth started to ache and the stupid automatic blinds went up and down because the wind was blowing from all directions.
When I leave these days the sun is already way down behind the buildings in the west and when we turn the clocks at the end of this month it will be dark when I get on my bicycle. I am already excited about racing through the dark forest. Today it looked like this:

And tomorrow I will make a big pot of shufta just for the heck of it.
No comments:
Labels: cycling, work

it sure helps to pass the time

I hear that expression more and more. When people are playing euchre or assembling a jigsaw puzzle or listening to the radio, they say they are passing the time. As if time were something to get through and be done with. But if one regards time as finite, then would one not want to slow it down somehow and savour its every moment? Impossible, of course, but that might be an ideal worth striving for.

Richard B. Wright (Clara Callan)
No comments:
Labels: impermanence, quotes
The wind is strong today and the clouds in the west are black. Suddenly the signs of autumn are everywhere but what a weird late summer we had. Delphiniums shot up to flower a third time, our neighbour's lilac burst into bloom last weekend with three mishappenly huge blossoms and R even picked a handful of strawberries. All this while the trees started to drop leaves. At my usually quiet place in the forest where I stop on my way to work, there was a cascade of noise around me when with every little gust beech nuts and acorns were showering down. The ground dry with crackling needles and leaves.
And soon, very soon, the rain will be here.
No comments:
Labels: garden, music

It's done, in the end I raced through the paragraphs and after I did my final edit I felt pretty washed out, enough to take a day off from work. And although I tried to take it easy I found myself much too preoccupied, still. My head overflowing with the terminology of human rights abuse, land grabbing, right to water and denied access to land and livelihood, Monsanto crimes and farmer suicides and like a bright shining light in the middle of my doom and gloom mood the postman drops a battered postcard in my post box from Mustang where SC has been staying with her dedicated Nepali friends, a women's co-operative involved in the education of girls and women, income-generating measures, promotion of hygiene and health, and the cultivation of vegetables and medicinal plants in the upper regions of the Himalayas far away from the trekking tourists.