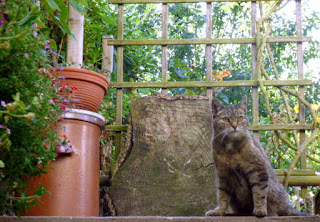 It helps to start the day with translating energetic position papers on human rights of asylum seekers before moving on to disheartening reports on causes of famine. While it is inspiring to read that there has never been a famine in a functioning multiparty democracy (Amartya Sen), this is all theory when I get to the long list of displaced nomadic pastoralists in Ethiopia, in Kenya. My heart sinks even further when I work my way through the various definitions of famine according to the WHO, the FAO, the UN and even the World Bank: Four children dying of malnutrition per day vs. three or maybe just the one? And what about chronic malnutrition due to lack of micronutrients (doesn't count) and then there are endless calculations and recalculations of minimum calories per day (no agreement at all).

Meanwhile, my paying customers want me to translate their research procedures on colon cancer which involves breeding mice with certain disease characteristics which are then operated on (under anesthetics, thankfully) and bits of this and that are removed and examined in 1 million ways. The mice are then allowed to recover and are observed (and fed and watered) until they die or they are sacrificed, I have yet to see a medical paper where the mice are simply killed.

And in the middle of this a nice but very sad looking woman from Nigeria (so she claimed) came to my door and showed me a photo of a poor misfortunate woman (in Nigeria she claimed) with an eye tumor and asked if I could help her. We had a little talk whereby I expressed my concerns regarding her actual intentions (she would not provide me with a name or an address etc.) but she was sooo sad (and maybe drugged to her eyeballs) that I just gave her some money.

Try and find the thread connecting all that.

The thermometer just hit the 40° C mark, at 4.30 pm. I step out occasionally to feel the hot patio stones and the heat from the sun and the hot easterly wind.

I close my eyes and I am almost transported back to Victoria, walking around Market Street during my lunch break, eating juicy pink mangos and spicy samosas wrapped in old newspaper, people nodding my way (Ki i dir madam? Byen mersi. Oumenm?), shops stacked to the ceilings with rolls of fabric, colourful cottons from India, polyester lace from Hong Kong, animal prints and neon coloured stretch for the daring, the Mesdames Patou (cattle egrets) stalking the streets, groups of men playing dominos underneath the trees by the court house. And Creole music, from doors, windows, tinkling away on little transistor radios here and there. The wind is salty and through the gap past the bus stop I can see the ocean, turquoise and blue and dark in the deeper places. The feeling of the hot hot sun on my skin is like a powerful embrace. I walk down to the little snack bar and get a fizzy orange soda before I make my way back to work. As I open the door, the air conditioned cool slaps me in the face, Jude and Pascal grin at me and quickly switch off the kung-fu video they have been watching while I was out. Marie-Ange yawns and slowly starts to make sweet milky tea before we all get on with the afternoon.

I will punch the next person quoting Khalil Gibran and how our children are not our children and so on in the face, hard, very hard. I guess he didn't have any kids himself and he never had to say goodbye to precious wonderful daughter at the security gates of a crowded airport, knowing that it will be at least two years before you can hold her again.
4 comments:
Labels: Sunday's child

this is from a book I just read

Feelings are not as old as time. Just as there was a first instant when someone rubbed two sticks together to make a spark, there was a first time joy was felt, and a first time for sadness. For a while, new feelings were being invented all the time. Desire was born early, as was regret. When stubbornness was felt for the first time, it started a chain reaction, creating the feeling of resentment on the one hand, and alienation and loneliness on the other. It might have been a certain counterclockwise movement of the hips that marked the birth of ecstasy; a bolt of lightning that caused the first feeling of awe. […] Contrary to logic, the feeling of surprise wasn’t born immediately. It only came after people had enough time to get used to things as they were. And when enough time had passed, and someone felt the first feeling of surprise, someone, somewhere else, felt the first pang of nostalgia.
It’s also true that sometimes people felt things and, because there was no word for them, they went unmentioned. The oldest emotion in the world may be that of being moved; but to describe it – just to name it – must have been like trying to catch something invisible.
(Then again, the oldest feeling in the world might simply have been confusion.)
Having begun to feel, people’s desire to feel grew. They wanted to feel more, feel deeper despite how much it sometimes hurt. People became addicted to feeling. They struggled to uncover new emotions. It’s possible that this is how art was born. New kinds of joy were forged, along with new kinds of sadness: The eternal disappointment of life as it is; the relief of unexpected reprieve; the fear of dying.
Even now, all possible feelings do not yet exist. There are still those that lie beyond our capacity and our imagination. From time to time, when a piece of music no one has ever written, or painting no one has ever painted, or something else impossible to predict, fathom, or yet describe takes place, a new feeling enters the world. And then, for the millionth time, the heart surges, and absorbs the impact.


Late afternoon I sit on the veranda with the sunlight just so from the right and I pull the needle through the last bit of seam and secure the thread and snip off the end. There. It has only taken me three years to finish the very last bit. It was here on this chair in this sunlight an eternity ago. I thought I would just pretend and go on as usual and finish this sweater, the last bits and pieces. In the days when I was told by my GP that maybe it was all down to a bit of rest. Sweet innocence.
Three years later. Roughly. That's really nothing. I have only just started. How dreadful wonderful will it be? The future.

Any day now my child is returning from her visits and the sailing and the lakes and the Alps and I will smell her hair and watch her sift through the fridge in search of olives and cheese. She has the most amazing rings and bangles, like a pirate's stash. And little tattoos in secret corners. And this day next week she will be on her long flight back to the other end of the planet.

You own nothing and yet you have this cluster of stars, this wind, this direction, these shadows flitting across the earth. 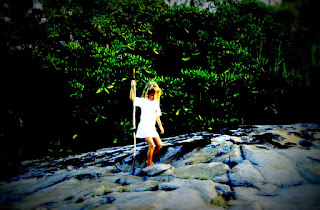 A journey is a gesture inscribed in space, it vanishes even as it's made. You go from one place to another place, and on to somewhere else again, and already behind you there is no trace that you were ever there. The roads you went down yesterday are full of different people now, none of them knows who you are. In the room you slept in last night, a stranger lies in the bed. Dust covers over your footprints, the marks of your fingers are wiped off the door, from the floor and table the bits and pieces of evidence that you might have dropped are swept up and thrown away and they never come back again. The very air closes behind you like water and soon your presence, which felt so weighty and permanent, has completely gone. Things happen once only and are never repeated, never return. Except in memory.

Damon Galgut (In a Strange Room)
No comments:
Labels: quotes
What a morning, the sunlight so brilliant, the sky wide open and ancient, never ending deep blue. Butterflies, sleeping cat, a mild breeze, the midday heat only a guess away.
Slowly, carefully, my balance has been returning. All that has come off the moorings and has been sliding around inside my head is slowly settling. As I put one step in front of the other I can feel once again (wooden floor, smooth patio stones, dewy grass) how solid it all is. I am not quite there yet, but my center is back, carefully, tenderly, allowing me to stand and bend and reach without falling or bumping into walls.
S just called from the road, they are heading down to the big lake, we will be sailing on Sunday, she says and I can hear the delight in her voice. My water baby.
Once in a while when we were living in paradise we would sneak into the posh tourist hotels with their big pools lit up after sunset and music tinkling from hidden speakers, sipping rum cocktails at a bar made out of tropical wood and some shiny materials from far away, watching our little six year old swim, S and another girl her age. Watching the expensive tourists watching our kids swim, one with blond curls, one with dark curls, diving in at one end, almost crossing the entire length of blue water, brightly lit from below, before simultaneously lifting their shiny wet heads, laughing and jumping up at the other end, diving in again and back and forth in a beautiful dance under water. Two mermaids, two sleek dolphins perfectly matched, deliriously happy and healthy.