I love the internet

And so they marched. I have no hope. This is distraction of the masses. All the drumming and singing and chanting and dancing, what a jolly good day for all. We are fooling ourselves, as if.
I did get the point of the silent march in Berlin (climate change is silent etc.) but my marching days are over. In my helplessness I vowed again to do whatever it takes to cut my personal CO2 footprint, not taking the car unless absolutely necessary, no air travel unless it's a family emergency and never without offsetting the carbon, no palm oil produce - very difficult, no biofuels and so on. Some days, exhausted and scared, I just sit in the garden and look up at the solar panels on our roof and feel like a fool.
Yet, watching (on our national news channel) Mark Ruffalo marching next to Vandana Shiva cheered me up a bit. I hope they had a good time together.

Thunder and sudden rain. Summer is going out with a bang. I am restless and tired, or rather: I am tired but I have things to do and should get a move on.

I am supposedly subtitling a video in two languages. By now, I have watched it about a thousand times. It is an excellent short documentary about the right to food and women peasant farmers - who have been feeding the majority of the planet's population for ever. Yes, the majority of the planet's population. Not a bad job.
Over and over I watch the clips of these women, African, Asian, Latin American, digging, watering, harvesting, smiling, talking. About cooperation, family, childcare, seed sharing, organisation and mutual support. This is where I usually stop the tape and take a deep breath. For a brief moment I feel a strong sense of family, of being connected. I want to cheer and shout, women peasant farmers are feeding the world!
But of course there is more to come, the usual terminology: land access, tenure rights, gender discrimination, corruption, caste systems, land grabbing, biofuel corporations, palm oil plantations, struggle, evictions, globalisation and so on.
Enough to make any woman weep.

Yesterday, a friend involved in immunology research sent me some new findings about fatigue as a symptom of autoimmune disease and how to properly diagnose it and thus treat it more effectively. Actually, the bit about treatment is rather short, a mere suggestion to be active when you can. Suggested activities include walking and cycling. Start at an easy pace and gently build up some stamina, it says. Yet nothing about the reverse scenario for former ardent cyclists for whom even thinking about a bicycle feels like too much of a physical effort. It all ends with an appeal to not ignore fatigue. Nice one.

I have no idea how these two issues connect apart from the fact that I want to rest my head on my desk and close my eyes. Which is why I am now getting up to make more coffee.

and then occasionally this happens 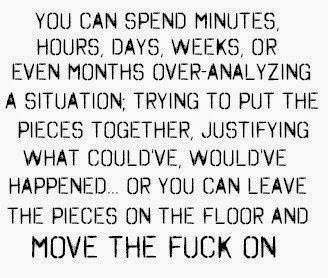 You meet an old friend, someone you used to spend time with, not a lot, but pleasant, always. For years it has only been the odd Xmas card or email but now it's face to face, nice. Why did we lose touch again? We laugh in disbelief. We talk but of course, the music is too loud, too many people and you only stay for a short while.

The next day, you get a long and delightful email including an invitation to a garden party.
Lovely.

Only, you cannot go because right now you are exhausted and you know from experience that you cannot push your luck, that you need a couple of days rest.

So you reply with your usual jolly mix of banter and regret and sort of by the way you mention that since the last time you met all those years ago, you have acquired this chronic illness. (In a footnote, you provide a link to a site explaining in basic terms what autoimmune vasculitis is.) And before you send it off, you invite him to come round to your place instead, one day soon, to sit in the garden, maybe, with a glass of wine, before the winter?

Within the hour he replies. He lists his pressing commitments in the weeks and months and years to come. Sorry.

I delete his reply.

This has happened before. More than once. I am no longer mad and I, no, I don't think these were the wrong kind of friends either. I know it can be awkward, not everybody has a patient heart of gold. And don't come and make me feel I need charity or, worse, pity.

And above all watch with glittering eyes the whole world around you, for the greatest secrets are always hidden in the most unlikely places. Those who don't believe in magic will never find it.

Usually people freak out about the early childhood bit, my friend the biologist tells me. That and the stuff about the pre-natal experiences. Quite understandable don't you think? After all, we are grown ups who make important decisions every day and now you are telling me about unconscious memories.
What we don't understand - and therefore ignore - is the bit about the genes and that we inherit them. Well, we automatically think, we inherit characteristics from our parents and on a bad day, we obviously think about all their bad ones.
No, this is what you must do: Imagine your parents' genes as two long necklaces of pearls, many many tiny pearls, each one a different colour and a different shape. And you get to have all of these pearls but on a new string, in a unique and completely new pattern.
This is the really mysterious bit, don't you think?

I nod and get up to make some more coffee. We sit in the sun and talk about our children and pets and the summer almost gone and I forget to ask about how this is actually researched. I have read about three dimensional MRI and computer models and of course, I don't understand a thing.

I remember watching my sleeping baby daughter, turning her this way and that, half closing my eyes, trying to imagine what she may look like in five or ten or twenty years. And of course, she is a complete and authentic and unique person despite the odd resemblances here and there, her grandfather's love of gardening and her granny's curls and her/my stubborn habit of wanting to have the last word and R's patience and cool and so on.

And yet, as I was stacking the dishwasher after dinner tonight I saw that look in R's eyes, the one that tells me that the moment I turn my back, he will rearrange the lot. He's got that from his father.
2 comments:

Three things determine the way we feel, think and act.

First, our genes and their activity patterns (while we inherit our billions of genes from our parents, we rearrange them ourselves, imagine a large mosaic that gets messed up and reassembled) which in combination with prenatal influences form our character.

Second, all of the positive and negative experiences from our first three years of life. We have experienced them consciously but cannot remember them because our brains were not quite ready for it at the time.

These two, our genes and the early childhood memories we cannot consciously recall, make up the largest part of our personality and to change this at a later stage is really difficult if not impossible.

Third, pre-conscious experiences from our late childhood and teenage and adult years which often influence us imperceptibly but which we are able to recall if necessary, albeit with difficulty. Yet, despite the fact that they represent our conscious existence and can be altered easily, their influence on how we feel and act is limited.

In fact, we are mainly driven by stuff which mostly comes from our experience but is not part of our conscious memory and if so, only intuitively.

So, while awareness and thinking help us to adapt our basic motives of action to existing circumstances and to find alternatives and possible consequences, they are not responsible for our decisions.

To keep a distance, that famous professional distance. At least I rarely meet the patients described in the manuscripts. Medical language is so dry and detached, there is no space for feelings.
This works most of the time. In research territory, patients are usually cases, subjects, probands, grouped into cohorts according to specific characteristics and so on. No need to even use the term human. I am not complaining.
But now and again, a case becomes a voice inside my head, my mind creates a person, I can see the hands gripping the wash basin, the shivering body inside the hospital gown, I am almost convinced I can feel the fear and now I have to watch out because before I know it, it becomes my own, my very own fear of death.
Sometimes, I do the sensible thing or at least I think it's sensible, the save and exit routine, what a blessing. Other times, I let the tsunami wash over me, gasping for air, bruised and shaken. I would make a terrible nurse.
5 comments:

If you are distressed by anything external, the pain is not due to the thing itself, but to your estimate of it; and this you have the power to revoke at any moment.

I am way overestimating things today. Unsucessfully trying to locate that power switch to revoke etc.

(A long time ago, I had notions of playing the recorder like a real musician, not just like the foolish amateur I was. In my dreams I wanted to be gifted. For a while I collected Frans Brüggen records. He died last month. He was a master of his art.)

My view of the world, really, is that if you screw your eyes up and look at the world, it is an absurd and extraordinarily silly place, with everyone taking themselves very seriously.

Bad news, I knew it. Had to happen.

It comes in threes:

Third:
The retreat of ice in the Amundsen sea sector of West Antartica is unstoppable, with major consequences – it will mean that sea levels will rise one metre worldwide. Quite rightly, this has been termed a Holy Shit Moment for global warming.

And that is before I started thinking about the bees. But the conference pears are fabulous this year, the figs are ripening and we have never had so many grapes. And, keeping fingers crossed, no tooth extraction.

Just as I was feeling a bit of a cheat, after I had mailed off the sick cert and started to deliberate whether I will actually go back to work anyway, by Wednesday the latest, never mind the forecast for a sunny week which I could easily enjoy at home, just about then I felt it first and still, like the fool that I am, I cycled off to the library and the whole food shop and by the time I got home and sat down, I realised, shit, you are ill.
So there. I take my pick and say, it's a virus. I mean, why not?