There are so many ways to tell the story of this day, today.  And in the shape of things or as some would put it: the bigger picture, it has played only a minor role. So minor that we usually forget it. Or we mention it as a by the way sort of funny anecdote to make people laugh. Which they usually do. And we smile and look at each other.

Of course it all began here, but the story of this day could also start with one over eager official at Dublin airport who stamped a three months visa into my passport despite or maybe because of my claims that I was not a tourist but already living in Ireland.
Or it could start with the young solicitor who told R that I would get my residence permit - no problem, mate! - if we would just write to the aliens (sic) registration office in Dublin that we were engaged to be married (which of course we were not).
Or it could start with us watching R's mum come running up the hill after a friend had accidently told her that I was pregnant (which of course in itself was not an accident and certainly no reason to get married).

In the end, three things happened:
And so one clear and early morning we were walking along the seafront to Dun Laoghaire harbour to catch the morning ferry and by tea time we sat in Kerry friend's flat in London taking instructions while playing with little Kerry baby. There is no need to go into details here, no illegal money changed hands, it was mostly all above board. Let's just say that our version of certain events and addresses of residence in recent weeks differed slightly from the official point of view.

48 hours after our arrival, this happened:
The two London friends, who had generously agreed at short notice to witness the event, arrived on bicycle. On bicycle?! Of all the days in the year, all public transport in London was on strike. And we were late. And now illegal money did change hands as we had to bribe the driver of a black London taxi to let five adults and little Kerry baby and little Kerry baby's pushchair squeeze into his vehicle. But it was a waste of money because all of London was in gridlock. And we were late. And so we ran, five adults with a Kerry baby in a pushchair running down Marylebone Road and up the steps of  the register office.
Where twenty minutes later we all stood, all five adults and one Kerry baby now asleep in a pushchair. Up there between the pillars, just like some other people and some of them even twice.
And two of this little group were now married. The bride wore her hair freshly washed and long and a blue Indian cotton dress with bells and tassels which she had purchased less than 24 hours beforehand at Portobello Road flea market. The groom looked extremely handsome with his dark beard, wearing a hand knitted waistcoat sweater (must get it right) and an old pair of maroon leather pants. The male witness did a cartwheel and the female witness produced a small bottle of bubbly. Kerry friend took three pictures of the event, two of which have gone missing since. The remaining photo from my wedding (there, I said it) shows the pregnant bride with drink in one hand, while the other hand holds onto the pushchair with a sleeping Kerry baby.
The wedding party then proceeded on foot to Regent's Park for an impromptu dance on the empty band stand before continuing towards Queensway in search of a cheap Chinese meal, which the bride was unable to finish.

The honeymoon had to be postponed due to shortage of funds (until we were offered the job in paradise).

We would do it all over again, just like that.
But we don't need to now.

12 comments:
Labels: memory, my prince on the white horse, stuff about myself 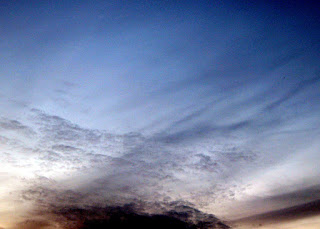 Last week I watched an old video from 1988. There we were, the sunshine people, laughing and running on the beach just before sunset. It's somewhere in my bones, deep down in my cellular memory, that effortless feeling of being healthy. How much I want to believe that. 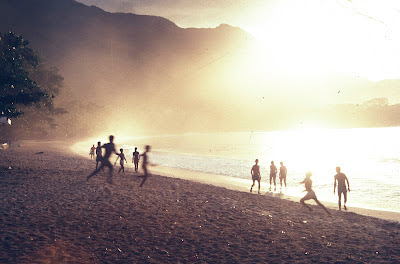 
Come on, come on down, you got it in you.
Got to scrape that shit right off your shoes.
1 comment:
Labels: music

I am handed a clipboard and a pen and with one of those very professional smiles I am asked to take a seat and write down any new and prominent symptoms I experienced since my last visit.

And so I start to write

about
the heavy stone that sits in my chest some mornings
the lonely silence of a sleepless night
the fear of never seeing my child again, of not growing old and wise together with my man
those sluggish mornings when it seems too much of a task to even get up
that futile anger with myself for being so slow
my frustrating limits of energy
the way I am moved to tears,  suddenly and without warning, by a song, an image, a smile
the feeling of loss that overtakes me at times
and how I worry about becoming needy, whinging and even more preoccupied with illness
and that things will get worse

And then I take the sheet off the clipboard and carefully fold it into a tiny square and slip it in the back pocket of my jeans. I get up and with my best professional smile I hand over the clipboard and step into the doctor's office.

There you are. Listening to the rain, oh how delicious.
Sleep was a long time coming last night, too many noises inside the head.

But now you are here, standing by the open window, watching the rain come down hard outside, smoothing lotion into your hands and arms.

So many images are racing through your mind like a tape on fast forward: a newborn baby on your belly, a barefoot run for ice cream on a hot wet street after a summer's storm, the blue roofs of Jodhpur, M smiling at you from her hospital bed hello sweetie, give us just a minute, R's hand on your neck, the smooth stones of the reef hotel lobby under your knees as you are tying the pink ribbons of S's straw hat, the Poolbeg lighthouse across the sandy beach at low tide, kids rolling in a pile of autumn leaves, your father washing the dishes on a Sunday, the steam from the cup of mulled wine at a Xmas market somewhere, Vienna?, your piano teacher eating peanuts, toes sinking into the coral sand in paradise.

You close your eyes and concentrate on the apricot light.

It is all there. And so are you.

thanks to Charlotte Du Cann.
3 comments: 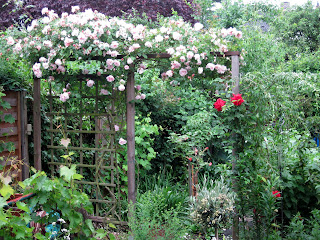