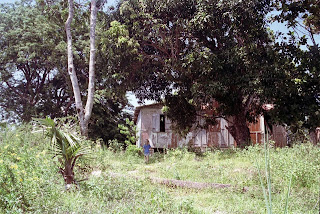 while guilt is not hereditary, guilt feelings are

Coming home on Friday evening on the little stretch just before I turn into our driveway the car took a heavy swing on the ice and I barely made it in one piece. I furiously hacked away the icy rim of the kerb. I hate winter. I hate winter. And so on.
Back inside the lonely house - R away at a conference - I opened the mail, the ususal promises, wine tasting vouchers, ever faster broadband, estate agents asking whether we want to sell, and this fat envelope from the national archives in Berlin.
And so I fold open two photocopies, I still have my coat on and my gloves and the keys on my lap.
One copy tells me that my grandfather joined the nazi party on Jan 10, 1931. The other lists all his various addresses and party duties/ranks between that day and July 1939.
The accompanying letter explains that these are only preliminary findings and that according to my query and the information I supplied, further searches have been initiated and any results will be posted asap.
I mean, what's the big deal. I guessed all along that the story of him having to join under duress - as rarely as it was mentioned - was simply family folklore. But still. And I have nothing else, yet. And this may be it. Nothing too sinister, eh? Except for the fact that this intelligent, well educated man, a father and husband, at age 35, decided that he wanted to be part of the mob that was growing and festering around him, pushing for power at all cost, with promises too blatantly empty for a scientist to accept. In 1931, he was well into his university career, his research projects were promising, he had published his first important papers. And he decided out of his own free will to join this pack.
I don't want to imagine his motivation. I don't want to even consider it. And yet, my thoughts are jumping and all sorts of explanations pop up, the far fetched ones, the obvious ones.
And that night, with impeccable timing, I end up watching a documentary after flicking my way through the talk shows and romcoms for distraction. A documentary about the children and grandchildren of one of the henchmen. As it happens, there are many connections, places, times, names, that I can link to my grandfather, to stories I have been told by my mother about her glamorous and happy childhood.
And as I sit in front of the flickering screen, with the little cat on my lap, a cup of cold tea in my hand, I can hear the clicking in my mind, the adjusting and rearranging, I hear distant voices and laughter, only it sounds like the cackling of mean birds and I run to the bathroom and throw up my dinner.
7 comments:
Labels: family, memory

I love the internet
The sheer
dull
scintillating
infantile
anarchy
of
it
all.

I love the internet.
Cos it's ours. 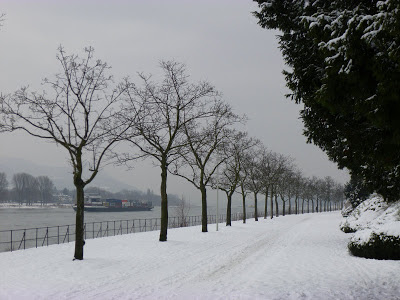 no sun for ages, feel like a withered leaf

No comments:
Labels: music
You are only ever as happy as your least-happy child. You want your children to live a life with as little struggle as possible, and you never want bad things to happen. But, of course, that's just not realistic. 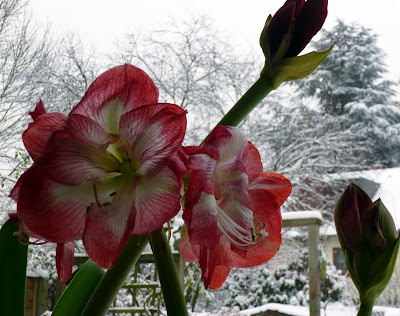 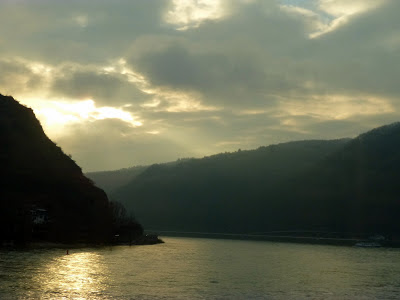 I was travelling by train in the amazing valley with all the castles yesterday morning. The appointment with my lovely immunologist was, well, lovely, but she will not let me lower the meds. I still like her, though.

2 comments:
I met the whole world out there, yesterday. Ten hours, four trains, three train stations, three taxi rides, one bus trip. Three lousy cups of coffee, one black hair in a cheese sandwich, one sticky cinnamon bun.
And an amazing array of ringtones.
The first taxi driver had a picture of his large family on the dashboard and when I asked about it - as in having a conversation while we were inching forward through the traffic jam - he told me that this was his family in Syria and that there has been no contact for the last four weeks and then he cried. And I could not hold his hand or anything because of the traffic and so we sat in silence for a while and when he dropped me he said, thank you. And then I started to cry.
On the first train, two excited young women asked me where to sit for the best view of the amazing valley, like, with all the castles. So we got all fixed up by the window and they sorted out their backpacks and their cameras and ipods and water bottles and peeled off their ski coats and fleeze hoodies and scarves and piled it all nicely into a heap to lean into. And then they both fell asleep for the entire journey through the amazing valley with all the castles.
The second taxi driver was from Kurdistan and he was very happy, because in Kurdistan there are blizzards and mountains of snow and no taxis to drive and make money. He was also very happy because I said my three words in Kurdish but he would not translate them for me - nobody does. And I have no idea what it means but whenever I say them, people laugh happily.
The third taxi driver was from Afghanistan and after a short moment we both remembered that we had met before at my previous appointment at the clinic. He filled me in on his son's career (2nd year at law school) and his parents back in Kabul (safe and sound) and he gave me his card and I had to promise to book him as my personal driver the next time I come to this city.
On the fourth train I counted seven different nuns, i.e. in different outfits and totally unrelated, or probably only related due to the fact that they are nuns. I am getting lost here. Obviously, I haven't a clue about nuns. They all read books and smiled inwardly from time to time. One book was called Journey to Freedom.
Opposite me, I young man was reading The Story of Mathematics, which must have been a bit boring because he switched to Courage for Power after a while.
And I looked out at the amazing valley with all the castles, all pretty and romantic, vineyards and churches and ferries. The castles that were once fortresses, strongholds of warlords, the river that was stained red with blood, dead bodies floating in it. The vineyards and forests that were filled with armies and rebels and tanks and bombs. Battlefields, bombed bridges with people fleeing across. Not so long ago.
5 comments:

Sharp frost and clear sky. Woke up with quite a handful of my usual complaints and it was really hard work sitting through two hours of Jarvis Cocker's Sunday Service - at the same time cutting up some of R's check shirts for my neverending patchwork project. Now the world and its noises are fuzzy and roaring and my head feels delicate and sore. But what the heck. Tomorrow is my next appointment with Dr B, the loveliest immunologist I know. I will take the train up along the flooded river.


To put it still more plainly, the desire for security and the feeling of insecurity are the same thing.

After I had woken up in a fuzz of loneliness in my tangled bed sheets, with the grey light of another damp day coming in through the windows, after I let out one my deep dramatic sighs, R shouted from downstairs: Don't be so hard on yourself, love.

Imagine a 14 year old slightly akward girl, she has been told that she has a brain but she wants to be wild, she looks out for the odd ones, the school anarchists. She times her walk from school to the tram station so that she can follow this guy wearing an old army anorak with autographs from rock stars. When she eventually finds the courage and asks him to have a closer look, he proudly tells her about hitch hiking to the Isle of White Festival and Jimi Hendrix and The Doors and together they gently stroke the inky signatures of Joni Mitchell and Ritchie Havens.
Later that summer she moves to a small town on the east coast of England. A depressing place, high unemployment, strikes, school uniforms, Danny Osborn and The Partridge Family, fried eggs and toast. But in between the grey and damp, there is glitter and blue nail varnish and platform shoes and suddenly the world explodes and her head bursts open and the days and nights are full of dancing. 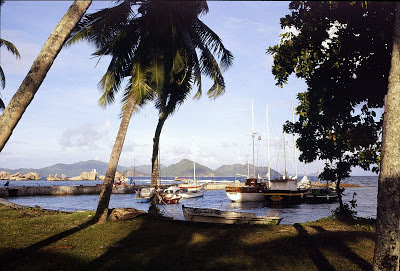 I was in paradise after we stepped off that ferry (the one with the three masts) and four long hours of sea sickness
1 comment:
Labels: paradise
To doubt whether life's worth pursuing
Is doubtless a doubt one should quell
If nothing is really worth doing
It's surely worth doing it well

The thought that there will be spring and light in the evenings soon is just wonderful. Wonderful.
No comments:
Labels: music

Intestine to brain: Hello? Stay off that pumpkin seed bread! Remember last night, between 4 and 6, no? Come on, you were cursing every seed you ate.

Brain to no one in particular: What's that? Is this yet another tinitus? Never mind, how about a slice of this gorgeous pumpkin seed bread.

Intestine to brain: Hold it, hold it, be a good girl, will you. No need to have another sleepless night.

Brain to no one in particular: That was a weird dream last night, sort of colicky, was it? About that bread, butter maybe? Or a slice of Manchego, a couple of olives?

Intestine to brain: For goodness sake, no butter or cheese! There will be cramps runs and you know that. But I seem to be talking to a wall here.

Brain to intestine: Is that you? What's up? I am thinking avocado instead of butter. Good, eh?

Intestine to brain: It's the bread, the bread with all those massive seeds, you fool!!!

Brain to intestine: Look, I am sprinkling cumin on the avocado. Cumin is good, isn't it? And no cheese. And only this one slice, I promise, or maybe just one more...

Intestine to brain: I give up. But don't blame me.
No comments:

Here, it's all a smoky mess with people shooting up fireworks from their front steps across the sky. (R complains every time about the waste of money and the noise. The cat goes into hiding.)
In paradise, people pop hundreds of balloons, which can be very noisy, too.
In Ireland, the bells ring while people get seriously drunk.