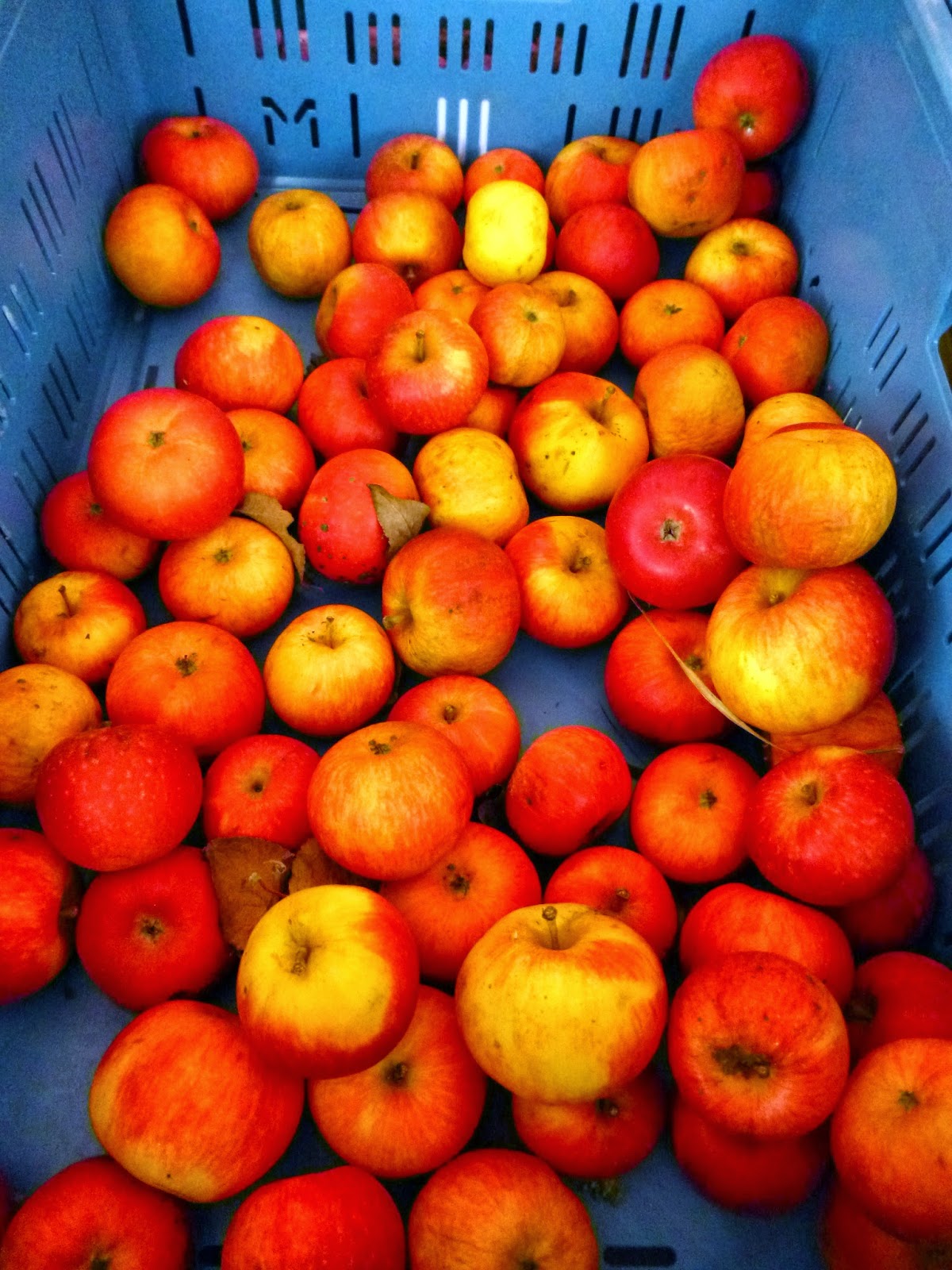 It's hard to believe we are half way through November already. This morning, R picked a bowl of fresh raspberries and the roses are at it for the fourth (fifth?) time. You could almost start to love climate change.


At the local farmer's market today I got involved in a conversation about old apple varieties. Thanks to my grandmother's orchard and my father's insistence of teaching his kids that apples had proper names I could contribute my fair share. The tiny, almost wrinkled apples in the picture are a variety that was first cultivated in the 19th century by a German nobleman and social reformer. They are juicy, sweet and high in vit c and they have a dedicated fan club. Apparently, there are only a few trees left which explains why they are sold out in one morning. I guess the fan club has a secret messaging system because they were all there, oohing and aahing and discussing colour and size. Generously, I was allowed to purchase one kilo.


One of these days I will eat one. At least I hope so. Before I forget that there is a culinary life beyond porridge, dry toast and fennel tea. Some days, I dare to drink the odd cup of milky coffee or stupidly eat a tiny portion of risotto rice with pumpkin - at a price (see below). I have now been told that most likely it's a mechanical issue plus chronic gastritis. While both of which are here to stay, more or less, I still have hopes that modern medicine will eventually soon find novel ways to successfully recover my digestive system at least for periods of time long enough to try out all the recipes I have been bookmarking in the last fortnight.


Meanwhile, I got a couple of prescriptions, painkillers, heavy duty PPIs, and good old antispasmodics. Donkey's years ago I took that stuff for really bad period pain. Stupidly, I mentioned this to my new GP and she had to laugh and we started to talk about childbirth and labour and when she asked me why I only had one child, I told her about what happened in 1993 and she cried out and held both of my hand for a while which was slightly embarrassing.

Anyway, these drugs are not really working which is why I am now sitting here in the darkest night missing my cat and listening to this wonderful talk about psilocybin therapy. Believe me, I want it. Now.

It seems to me that there is a great mystery embedded within human consciousness, a mystery that I think that we are all aware of at some fundamental even primitive level, having something to do with this quest to understand who we are, the essence of life, perhaps with this deep knowing that at some level we're all in this together.