I was five years old when I saw the sea for the first time and it would be another five years before I actually stepped into it. Growing up in a flat country with sandy soil and endless boring pine forest plantations, carp ponds and small streams, sensing that blue line of the vast horizon was physically overwhelming. But on that first day, it was also frightening as my mother nervously stood watch over me and my little brother.

Together with my grandparents, we had come on a day trip and were totally unprepared. I remember standing there between the crowds, in my Sunday best, eventually being allowed to take off my shoes and socks, tucking my pleated skirt into my knickers, holding on to a hastily purchased set of plastic bucket and spade until I finally dared to copy the crowds of kids around me and started to dig. But I did not touch the water as the waves seemed like fierce animals trying to snatch me. It was the most unusual day, everything strange and new. On the way back, I fell asleep on my grandmother's lap in the back of the car and was woken when - long after dark - we stopped at a motorway restaurant where I had my first strange taste of pommes frites.

Five years later, my parents having climbed up the social ladder, we arrived for our first (of many) summer holidays in a thatched beach house on the Danish North Sea coast. At the end of the road where the sand began, we all got out of the car and climbed up on the dune and it was like a magic door had opened and I ran and ran and ran towards the surf. 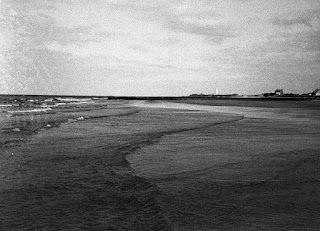 We all loved and hated these long summer months by the sea, my parents fighting, my mother driving off in a huff for a day, sometimes even two, the banging of car doors and the shouting of threats, my father's strict schedule of daily card game tournaments and chess competitions, but also sunburns, racing down the dunes for a morning swim, grilling fish on the beach in the evenings, carefully doled out portions of vanilla brittle ice cream and noisy games of catch long after dark. 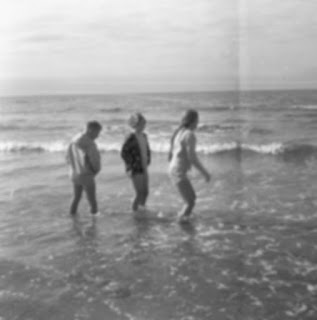 It was a time when we all had so many dreams, of a happy marriage, of success, of health, of living by the sea forever, of being a family. 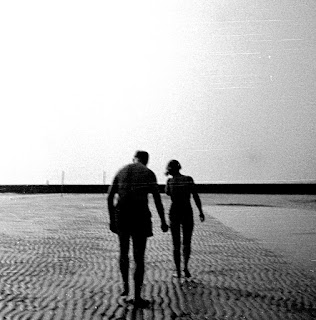