collective action in a flu shot 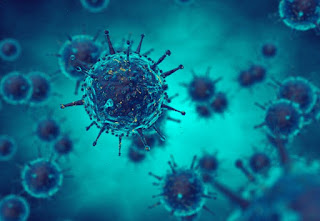 It's the time of the year when I stay away from people. Because, once again, I forgot the flu shot and right now, the annual epidemic is reaching its peak. There's a public health website with daily and weekly updates on the number of positive test results, infections, hospital admissions, and deaths - figures, tables, graphs, pie charts, the lot. Our city is in the orange area. Guess what orange stands for.

This year's outlook is rough because quite unexpectedly, "too many" people voluntarily decided they wanted to be vaccinated early on, as in October, and, because the vaccine is free, clinics and surgeries etc. ran out by December. And thanks to bureaucracy, there is a backlog in supplies and so on.


Hence, people like me, who function on immune suppression, and who didn't get their act together early on are encouraged to lead the life of a hermit, plus endless washing of hands.

I have done my research I am married to a science teacher who knows everything about virus activity and influenza strains, their origin, how they travel and spread and move towards world domination one infection a time. He watches over me like a hawk these days. It's suddenly quite boring to be at home so much once you realise it's not down to choice. But I do sneak into my office at the uni and hide there for a few hours these days. This is when working for medical science comes in handy. All the coughing, sniffling colleagues give me a wide berth and wave from a distance.

"People treat the flu shot like a matter of personal choice. They think if they don’t get a shot and then they get the flu, that’s their own bad luck. But the flu shot, like other vaccines, is only truly effective when taken en masse; it reduces overall infection in a population so that the most vulnerable people — usually the elderly, but for some strains it’s children — are less likely to be infected. This is collective, social action — collective inoculation. Further, the folk idea that some years the flu shot “doesn’t work” is inaccurate. Flu shots always contain a mix of vaccines against several different strains that are believed most likely to be dominant that flu season. Vaccine makers don’t always get it right, but the range of effectiveness is more like 30 percent to 60 percent; it’s not zero or 100. Even in an off year, the flu shot increases your immunity, and you’ll probably be less sick and not for as long — and therefore less contagious — if you do catch the flu."