I would like to say: well, we had it coming.


My society does not know anything at all.


Now I will say what I believe: that this civilization will not learn anything from this virus. All this civilization wants to do is to get back to normal. Normal is cheap flights and cheap lattes, normal is Chinese girls sewing our T-shirts under armed guard, normal is biblical bushfires and barrels of oil, normal is city breaks and international conferences and African children poisoning their bodies sorting the plastic we have dumped on their coastlines, normal is nitrite pollution and burning stumps and the death of the seas.
We made this normal, and we do not know how to unmake it, or—whisper it—we do not want to.


But Earth does, and it will.
It turns out that we were never in control at all.


Today the sky is once again so brilliantly sharp and blue, it almost hurts. We are going through the motions, breakfast, work, some exercise, garden, lunch, reading, talking with family and friends, work, dinner. It is not bad, no no. There is little we miss and yet, we miss everything. More than ever I believe we are on a threshold of sorts and fail to see clearly. We are waiting. I think the whole world is waiting. 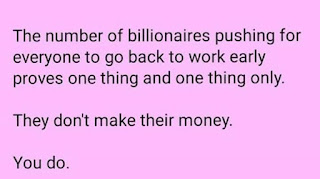