Breakfast this morning was an elaborate affair, minimalist design meets carved fruit, that kind of thing. It all made sense once it transpired that the person in charge is Indonesian. Hence the apple roses and grapefruit flower petals. I praised her in two languages.
I pretended to be super cool and grown up when I stepped into the adjoining building with all the gadgets of modern medicine where I was soon put into place. As in stretched out and attached to a colourful range of cables and tubes. Or maybe this was already the effect of the clemastine injection. Beautiful stuff, let me tell. When R picked me up five hours later, his first words were, hey, you are tripping. Once inside the space ship on the rainy motorway, I could see the heavy traffic through my closed eyes. And back home, after the first cup of tea, I watched some amazing cat videos and read that Germany has invaded France again. 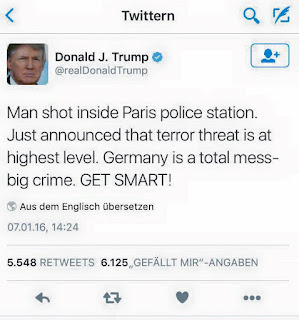