Can't shake off this strep throat or whatever it was (is?). While my throat is ok again, the rest of me seems to have been hit by a truck, repeatedly, and according to our newfangled infrared auricular thermometer, I am running a fever. R, my personal science teacher/health coach has established a detailed routine and is using his very own ear for control measurements.
So, well yes, this puts a damper on things. Yet again.

In my dreams last night, Vince called and asked me to come over and watch a video with him. I also got some weed and this movie is fab, he said. Or you can just drink tea, whatever.
Vince died in a car crash in 1997.
I mean, dreams. Come on.

When I told R - and I was laughing at the time - he got all worried for a bit. Could you maybe just resign from work?, he asked. No way, I replied, not because of a strep throat.

But I hate the thought of having to get yet another sick cert tomorrow.

Here are some more pictures I took on my fabulous holiday in the Italian Alps (only a few weeks ago, hard to believe) when we visited the Oetzi archeology park near where the mummified body of the famous iceman was found. 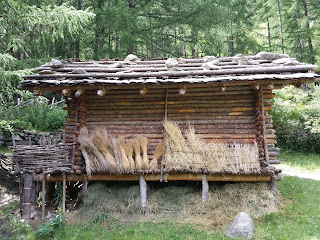 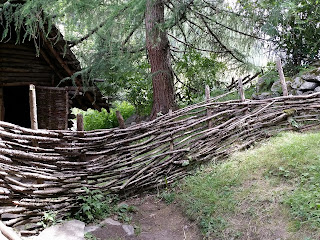 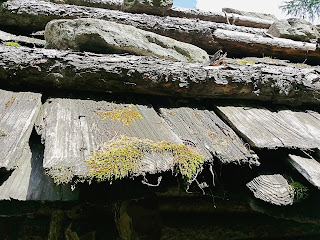 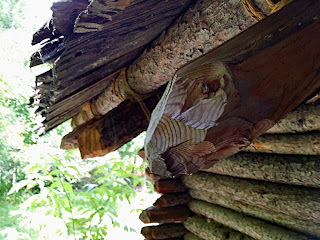 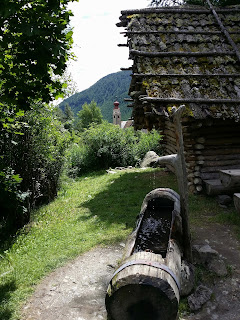 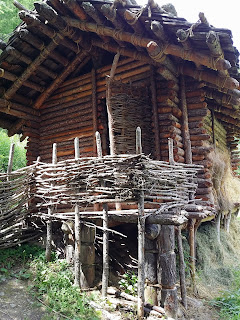 I week later, under my grandmother's apple trees, one of my cousins, a retired chief inspector with the police (I have all sorts of relatives incl. priests of at least two denominations), told me the story of Oetzi's curse, namely that to date at least seven people involved in the recovery of the mummy have died as a cause of accident or violence.
Remember the pyramids, he whispered seriously.
Oh give over, I laughed. Balderdash.