My first home was the drafty two room apartment my parents had moved in after they got married. I have no memories, only pictures. This was in the small, extremely catholic Bavarian town of Freising, with a large cathedral, one of the world's oldest breweries and - most importantly - the agricultural science department of the university of Munich. 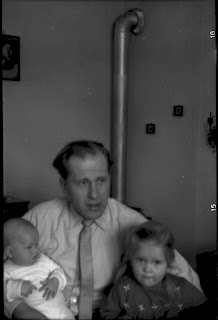 Money was tight, my parents were young with two small children, my father worked as a junior researcher and my mother was slowly losing all hopes of ever returning to her university career. The story goes that I slept in one of the large wicker laundry baskets I now use in my attic to hold S's toys and a variety of sleeping bags. 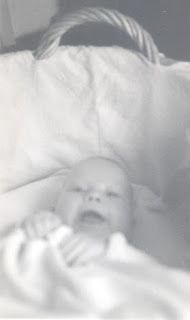 There is a family anecdote whereby I fell out of the window while my big sister, who was four years old at the time, was watching me. The window was on the ground floor and I fell onto a soft lawn and my sister apparently went to my mother with the news that I had walked out. Soon after that, my father got his first car, a beige VW beetle, and his career took off. 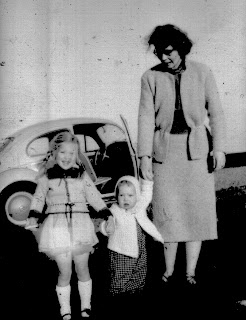 My mother got pregnant for the third time and we moved to spacious apartment with a large garden and babysitters when my parents had dinner guests. The one vivid memory I have of this place is of the day my baby brother had an accident. In the evening, me and my sister were sent home by the neighbours, who had been looking after us and I noticed that one of the paving stones near the front door was cracked. For some reason, I was convinced that the ambulance crew had broken it and that made me mad enough to throw a massive tantrum. 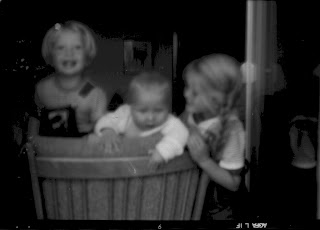 Shortly before my fourth birthday, my father was headhunted away from the university and we moved north, back to my father's Franconian homeland into a newly built semi-detached house. In fact, it was still a building site. We moved during a very hard winter and during that winter, my mother's life started to unravel.