During our quick Sunday morning phone call, my father, as always eager to get back to the winter sports competitions live on tv (biathlon is his favourite), shouts his disbelief down my ear, do they not have schools? Where do they get these harebrained ideas from? 'They' being the people who voted for trump. As usual, he is convinced that everything boils down to a decent enough education. He has a point. But neither of us knows much about the US or its school system, so we just change the subject. Admittedly, I am still fairly perplexed by it all. And I don't want to come across presumptuous, we have a similar populist movement here (albeit hovering around 12%). But 'alternative facts' without a great outcry? 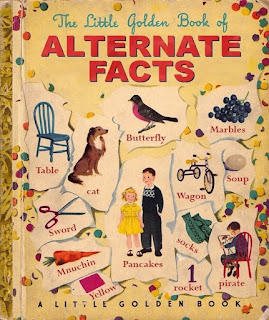 Before I crawl back into my thick warm layer of self pity and continue with the general theme of big-time whining (believe me I am aware of it), some interesting thoughts :


I think Trump ultimately is going to do America and the world a service by becoming the vehicle that will finally take down right-wing conservative politics for a generation or two. He is getting the entire Republican conservative establishment to buy into his regime. He is creating an administration that is blatantly all about rule by — and for — billionaires, sold out to the oil and carbon industries, and celebrating an out-of-control corporate capitalism. It will be a caricature of conservative policies. In short order he will completely and irrevocably alienate all the growing political constituencies of the 21st century: the Millennial Generation, people of color, educated professionals, women. He’ll eventually do the same for a significant number of more moderate Republicans. And does anyone out there really think Trump will do anything for the white working class that got him elected? Watch as repealing Obamacare blows up in his face.

I think the backlash will be fast and furious. And it won’t just be Trump that goes down — it will be large swaths of conservative Republicans who will be almost helpless to stop Trump or distance themselves from him. They will pay the price for creating the conditions that created him. I think the next 4 to 8 years are going to see a serious sea change in politics — to the left, not the right. The analogy is closer to what happened to the conservative Republicans coming out of the 1930s — they were out of power for the next 50 years.

and this from Garrison Keillor:

What we know so far is that the man is who he is. There is no larger, finer man inside him trying to get out. Everyone who is paying attention knows this.

The man is clueless, tightly locked inside his own small bubble. A sizable minority of Americans, longing for greatness or wanting to smack down an ambitious woman and to show those people in the hellhole coastal cities what the real America is all about, has elected him. To him, this minority is a mass movement such as the world has never seen.

Everyone knows that the man is a fabulator, oblivious, trapped in his own terrible needs. Republican, Democrat, libertarian, socialist, white supremacist, or sebaceous cyst -- everyone knows it. It is up to Republicans to save the country from this man. They elected him and it is their duty to tie a rope around his ankle.


And another not so pretty picture (source): 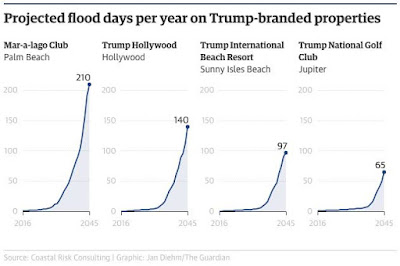